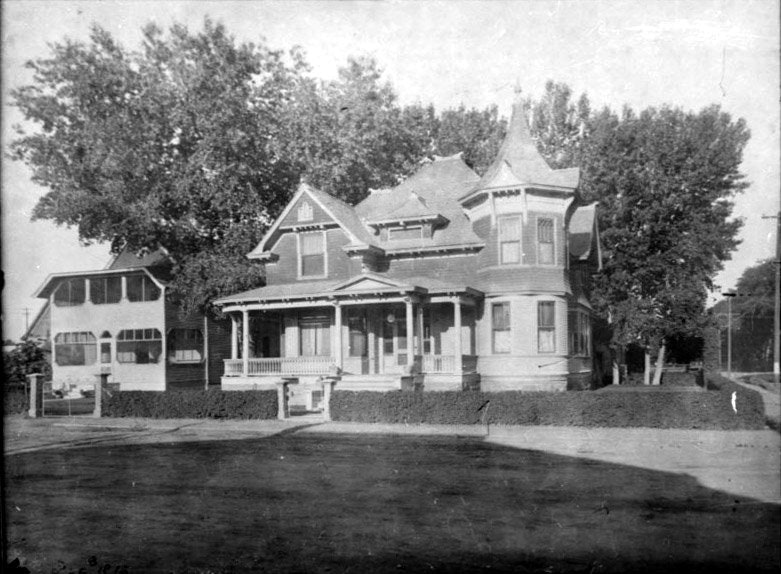 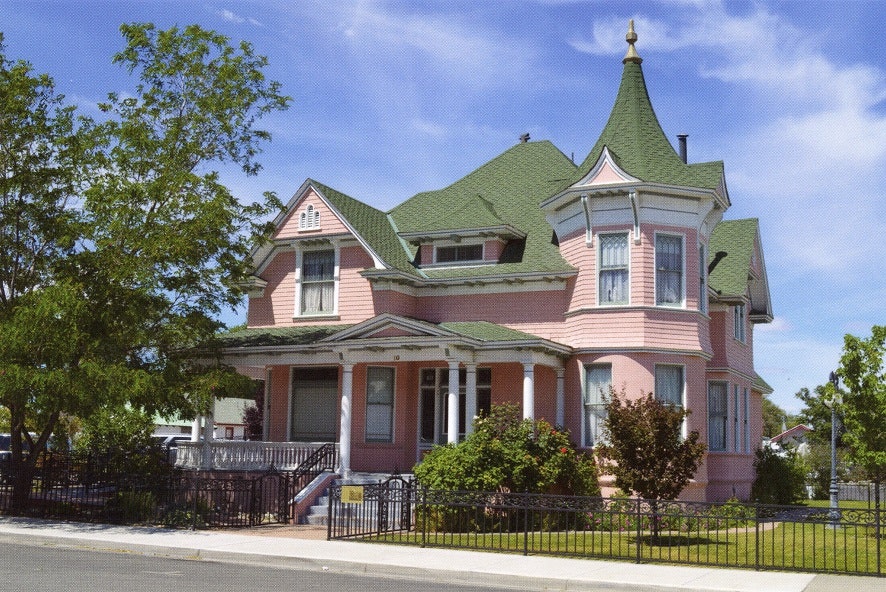 Wrap around porches and ornamental gingerbread trim help identify this house as Victorian. Businessman Robert L. Douglass built his town home, the only two-story Queen Anne Victorian residence in Fallon, in 1904. Unfortunately, shortly after moving into the home, Douglass' brother-in-law died and his wife could not bear to stay in the house for long. The family left in 1913, selling it to a doctor who practiced there for many years. Though previous owners have made some changes, such as painting the house pink rather than its original white, much of the interior remains original.

Interior of the Douglass House today